Ron and Divonna Crecelius made a speedy decision in 1999 when a first-floor apartment in the Manor suddenly became available. Divonna’s earliest expansion memory occurred right next door, when three studios were combined into a two-bedroom apartment.

For 40 years, Friendsview consisted of one original building. But in May 2002, six community leaders took shovels and broke ground for the largest remodel and expansion project Friendsview had ever undertaken. Ron and Divonna’s front window looked out over Friendsview’s front yard, giving them an exceptional view of the construction of Creekside, which attaches to the Manor. Out of sight but rarely out of mind was the simultaneous construction of Gardenside, Gardenview, and Meadow Way. Imagine everyone’s excitement when the expansion reached completion, the grand opening announced for October 2004, and its (then) new name revealed—Friendsview Retirement Community!

Divonna, a most cheerful 94-year-old, values her 21 years of life at Friendsview. She recognizes the positive side of growth through expansion—“more fun with more people!”

More people includes more employees and staff, a personal benefit not lost on Divonna, whose grandson Seth works at Friendsview! As an avid gardener, Divonna appreciates the addition of a tall fence around the garden spots: “We give the local deer population something pretty to look at!” 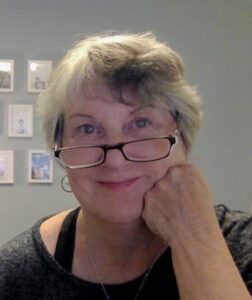 Sherry Macy is a retired 70-something Newberg resident who continues to enjoy her freelance work as writer, editor, photographer, and graphic designer for Friendsview’s The View.

Are you planning for your future? Join us for a virtual event to learn more.
Register Now